I Had to Try it Once

The first recipe from the Deceptively Delicious cookbook

After taking the time to

roll them all in a breadcrumb mixture,

and fry them in a pan,

I ended up putting the whole mess down the garbage disposal.

Luckily, I ate one before I took the time to fry the second batch. 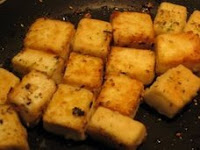 I read a poem one time that was about how we celebrate our children's "firsts," but the "lasts" tend to go unnoticed. The last bottle, the last time Mom was "Mommy," the last hug from chubby little arms. I don't remember what it was called or one single line from it, but I remember crying my eyes out and making a point to record every-day occurrences a little better before they become the "lasts." It's part of the reason I started blogging. Here are some things that are a part of life at our house...for now...

Pray for Our Nation

As King Obama quietly reverses the ban on abortion funding on day 3 of his reign, I'm saddened by the prospect of more atrocities to come. I'm also baffled by the fact that so many Christians in this country are willing to look past an evil agenda and support a man because of his skin color. As we embark on a new era of liberal agenda, consider the following:

1. "Jane Roe" Norma McCorvy, of the famed Roe v. Wade case, has been a Christian pro-life activist for several years and now admits that she lied about being raped. Her child, incidentally, was born healthy and given up for adoption.
2. "Jane Doe" Sandra Cano says that her case, which before the Supreme Court along with Roe v. Wade, was based on "lies and disinformation." She has tried to get the ruling reversed, but apparently The Court isn't interested in the truth.
3. A nation that grows callous to the murder of unborn children will soon accept the "mercy killing" of others whose lives are deemed invaluable. The elderly, the terminally ill, the severely disabled. It's already happening in the Netherlands.

"What an irony that a society confronted with plastic bags filled with the remains of aborted babies should be more concerned about the problem of recycling the plastic"... - Winifred Egan
Posted by Mrs. Trent at 6:38 AM No comments:

Mason is having a hard time dealing with the loss of his pet snail today. I get the loser-mom-of-the-year award for telling him about the tragedy before school this morning. It didn't occur to me that he would get teary and try to convince me that maybe it was just asleep. He was definitely in denial because the poor little thing was hanging out of its shell and obviously no longer with us. Anyway, his teacher called to assure me that he seemed to have recovered by the time he got to school. He was already making plans to pick out a new mollusk friend. He had a slight relapse when he got home and saw the snail in the bowl...still dead...but I think he's okay now.
Posted by Mrs. Trent at 2:26 PM No comments:

Not Every Day Can Be Hunky Dory

5:00 p.m. - Obama on the news. He sure is a big talker. Not sure how he expects to "win this war (on terror) on our terms" while closing detention centers where terrorists are held. But, hey, some people think he might be supernatural, so who am I to criticize...

4:45 p.m. - Received an email outlining the new president's moral agenda, copied directly from the White House website. Stem cell research from live embryos, unlimited abortion rights, etc. Seriously? We have that much apathy about the sanctity of human life now?

3:15 p.m. -Took my kids to the park to enjoy the GORGEOUS 70 degree weather and left 15 minutes later, trying to teach Mason about how to deal with bullies. I watched 2 boys about his age flat out, no-holds-barred bully my child. They were trying to intimidate him into giving him one of his Rolo candies, even after he had finished them all. They worked tag-team and would back away to laugh and point at him in between threats. We were at the nicest park in town, and the bullies were clean-cut kids wearing Ralph Lauren shirts. It was the best opportunity in the world for me to talk to Mason about bullies, though. And, yes, I gave him full permission to turn around and give them back whatever they're dishing out.

We were also late to Mason's school this morning, and my day at the preschool was less than fabulous. SO...I'm not cooking dinner. We're going to Chili's.
Posted by Mrs. Trent at 3:06 PM No comments:

48 hours in big boy underwear
1 poopoo on the potty (only a tiny bit on the floor before the mad dash to the potty)
1 fire truck prize for going poopoo on the potty
2 peepee accidents
0 packages of Pull Ups in my future (hopefully)
Posted by Mrs. Trent at 8:50 PM No comments:

Thoughts of the Week

On Laundry:
1. No matter how cost conscious you are, don't even think about washing used Pull Ups in the washing machine. They just end up weighing 10 pounds, bulging with water, and still slightly yellow in the front. And the rest of the clothes in that load end up with a hint of a urine smell.
2. It's kind of sad to see the clothes in my laundry getting bigger - and I'm not just talking about my own jeans. Mason and Carter's clothes are no longer "baby clothes." (No, it doesn't make me want to have another one.)

On Words:
1. Mason's new word is "dude." He starts every sentence and comment with, "Dude!" He no longer refers to me as "dude," though. We have a strict "no calling moms, teachers, or any girls 'dude' " rule at out house.
2. Mason's other new word - and I debated about admitting this on the internet - is "ain't." I can guarantee with 100% assurance that he's never heard that word at home. I'm guessing it's an unpleasant side effect of living in small-town Oklahoma. He seems to be saying it much less, though, since I started taking toys out of his room when he slips. It really only took one lost toy to solve the problem...for now...
3. Mason's new experimental "shock" word is "bebe" or "boobie." Both words refer to the same part of female anatomy, and he says it with a mischievous giggle. It's particularly annoying when he says it during the prayer in church....for no apparent reason. This one is new as of today, so I haven't devised a remedy yet...probably the toy removal plan that worked so well with "ain't."
Posted by Mrs. Trent at 7:06 PM No comments:

The Spirit of Christmas Future

With all the technology we have, you'd think someone could invent a virtual Christmas Tree that looks beautiful when the projector is on and disappears when that projector is off. You could even decorate it by selecting lights, garland, and ornaments from a menu. Of course, there would also be several toppers to choose from. If I ever see one of those for sale, I'll be the first in line to buy it. My bet is on Nintendo to get that on the market.

Our Christmas Future will include these ideas: